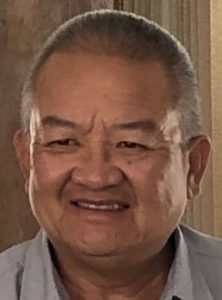 I am indeed extremely delighted to announce that our much awaited NEW Hong Ning website is now up and running. Due to several technical problems our previous website could not be accessed and hence updates and news on the Hong Ning Chinese Aged Home could not be uploaded or amended. Thanks to Danny Wong, a brand new website has been created for the Home and we can now bring you the latest information and news on Hong Ning!

The first residents moved into Hong Ning in October 1980. The Home was officially opened on 25th January 1981 and during the past 38 years have seen many changes. Initially, the majority of the residents were relatively fit and healthy and could care for themselves and were 'Independent Living' residents. Now, more than half are 'Frail Care' residents who require 24 hour care daily. This level of care means that Hong Ning has to operate like a hospital with the employment of the necessary qualified nursing staff spread over three shifts. This has resulted in an enormous increase in staff costs.

Another enormous challenge that the Home faces, is that the area where the Home is currently situated has deteriorated over the years and security has become a major concern.

To increase the security, security guards have had to be hired to be present at night and weekends in addition to installation of a CCTV system. However, there have been a few incidents in the past few years where equipment such as televisions and a microwave were stolen, but fortunately none of the residents or staff were harmed. The committee has now embarked on a project to find suitable premises to relocate the home.

The cost of maintaining the Home has also increased markedly as the buildings are very old. Constant repairs to the plumbing and electrical wiring of the various buildings are required. The roof of the main building leaked very badly during the recent heavy rains and led to flooding in the kitchen and dining room.

The Hong Ning Committee has also been involved with an ongoing dispute with the City Council over incorrect electricity and water bills charged to the Home.

This has been followed by regular threats from the City Council to disconnect the electricity and water.

Hong Ning is entirely self-funded and even though the monthly fees from the residents do not even cover the personnel salaries, wages and expenses, the committee decided to keep the fees at an affordable level for most of the residents.

The Home runs at a deficit every month and the difference is made up from ongoing fund-raising events and the generous donations from the community, expats living overseas, and various local and overseas Chinese associations and businesses. In the past few years, donations from the New Immigrant Chinese associations, companies and prominent business leaders have also been received for the Home. Without the invaluable support of all our donors as well as the fund-raising efforts throughout the year, the doors of Hong Ning would have closed a long time ago.

Hong Ning being one of the few charities in the Chinese community continues to receive regular donations from families in memory of departed loved ones. These are monies donated at funerals in lieu of flowers.

Hong Ning has two main fundraising events every year, namely the Braai Day which is held traditionally on the first Sunday of September and the popular Golf Day which will be held in October this year.

This year the 60th SACSA Easter Tournament was held in Johannesburg at Wits University and Hong Ning was given the opportunity to run a food stall throughout the Easter tournament weekend to raise some funds. With the help of our regular dedicated volunteers we had quite a successful weekend.

This past year, Hong Ning was fortunate to have Steven Tong join the committee as Treasurer and he took on the task of approaching private individuals in the community to make monthly contributions to the Home. Due to his efforts there are quite a few generous people who make monthly transfers directly into the Hong Ning’s account. Although the individual amounts might not be large, the accumulated total over the months is quite substantial and are a great help to Hong Ning especially with the ever increasing costs. If anyone would like to contribute in this way, please do contact Steven Tong at stong888@gmail.com.

Special thanks must be made to our group of volunteers namely Timmy Sam, who is a former chairman and general manager of Hong Ning, Yvonne Fok Ming, Nellie Fok and Vera Ho. This group comes to Hong Ning every week to entertain the residents by running bingo games and provides refreshments and prizes out of their own pockets.

Thanks must also go to our dedicated staff in the running of the Home, from our general manager, matron and housekeeper down to each and every member of staff who are at the coalface, taking care of the residents and handling all the never-ending day to day problems that arise. These are the people we depend on to provide the all-important care to the residents which is the core of the whole Hong Ning operation.

I must also express my warm appreciation to my fellow committee members for giving their time and expertise to keep Hong Ning functioning under very difficult and challenging circumstances.

Finally and by no means least, a very special thank you to the Honorary Life President of Hong Ning, Mr Walter Pon, who has done a sterling job raising the profile of Hong Ning amongst the New Immigrant community. Even though he is already very busy with other community duties, he has been invaluable in communicating and liaising with our Chinese benefactors.

To all our supporters of Hong Ning, in whatever manner you have contributed to make the lives of our elderly better and more enjoyable in their twilight years, the committee, staff and I sincerely thank you.

Our success is dependent on you!